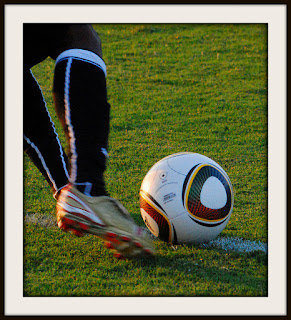 According to Event Organizer Scott Spencer, approximately 240 soccer teams are expected for this year’s tournament, including a number of international teams. “Seven countries will be represented at the second annual Open Cup,” said Spencer. “Youth teams from Trinidad and Tobago, Brazil, Canada, Nigeria, Panama, Mexico, and across the United States are already registered and will be staying in the North Alabama region for up to six nights.” The tournament is expected to generate more than 2,200 hotel room nights and nearly $1.7 million in direct spending in North Alabama. All matches will be held at the Jack Allen Recreation Complex, one of the South’s premier soccer complexes boasting 11 fields and two championship fields with seating for up to 3,000 spectators.

The three day tournament offers USYSA affiliated Premier, Challenge, Classic, and Academy level U9-U19 girls’ and boys’ competitive soccer opportunities. There will be a minimum of two divisions per age division/gender – an elite level of play and 1-2 competitive divisions tiered lower. Trophies will be awarded to the championship and runner-up teams in each age division.

For more information on the Jack Allen Recreation Complex, visit www.decatursports.com.
Posted by River C at 11:49 AM No comments: 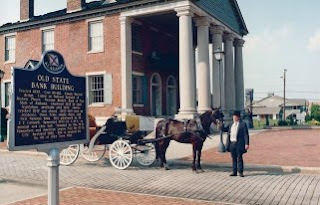 The Decatur-Morgan County Convention and Visitors Bureau announces the return of free guided walking tours in the month of April. Residents and visitors are invited to step out on a casual stroll through Old Decatur Historic District learning about the architecture and history of this charming neighborhood.


Scheduled for April 6, 13, 20, and 27, the one-hour walking tour begins at 10 a.m. at the Old State Bank located at 925 Bank Street Northeast. Knowledgeable guides will escort participants through the Old Decatur Historic District, sharing neighborhood history, entertaining stories and even some “tall tales” from Decatur’s past.

The Hartselle Fine Arts Center will host the Watercolor Society of Alabama 72nd National Exhibition April 7 through May 26, 2013. Over 100 paintings by artists from across the United States will be on display in the juried collection. The Award Ceremony and Opening Reception is set for April 7, 2-5 p.m.


The National Exhibition attracts artists from across the United States who submit artwork inspired by a wide diversity of subject matter. An internationally recognized juror, Stan Miller of Spokane, Washington, will select 110 paintings for this collection of fine art. Each of the 110 works will have its own story to tell through the artist’s own stylistic approach. Miller is an American Watercolor Society award winner, and serves as workshop instructor throughout the United States, Canada and Mexico. As an international award winner, his art was granted publication in The Artist’s Magazine’s National Competition; Watercolor Magic Magazine’s National Competition; Best of 2012 American Watermedia Artists; and Pratique Des Arts.


The exhibit and reception are free and open to the public. Exhibition hours are Monday-Friday 9 a.m. to 5 p.m., Saturday 10 a.m. to 2 p.m., and Sunday 1 to 4 p.m. The Hartselle Fine Arts Center is located at 307 College Street NE in Hartselle. For more information, call WSA Exhibition Chair Shirley Tucker at 256.733.8353.


In conjunction with the National Exhibition, the Watercolor Society of Alabama is sponsoring a watercolor workshop led by Awards Judge Richard Stephens. The three-day event is set for April 4-6 at the Hartselle Fine Arts Center. An instructor for many years, Stephens is concerned with technique and mastery of the medium of watercolors. His emphasis is on design, contrast, and brushstrokes of color. Participants will be exposed to information sprinkled with humor and antidotes, entertaining and educational painting demonstrations and one-on-one time with the instructor. Workshop hours are 9:30 a.m. to 3:30 p.m. Cost is $300 for WSA members and $330 for non-WSA members. A $200 registration fee is required to hold a reservation with the balance due no later than March 15. A registration form may be downloaded from www.hartsellefineartscenter.org under upcoming events or for more information, call Tora Johnson at 205.423.0922. 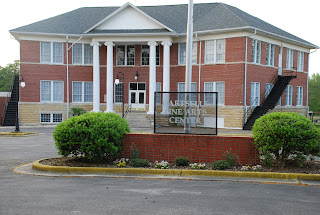 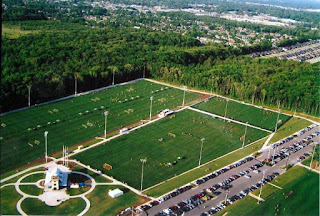 Set for March 23-24, 2013, the Alabama Youth Soccer Association (AYSA) will hold its Olympic Development Program Showcase at the Jack Allen Recreation Complex. Approximately 65 youth teams are expected to Decatur to participate in the annual event.

The US Youth Soccer Olympic Development Program (ODP) has a primary mission to identify elite level players and facilitate their selection to the U.S. National Team programs. The primary benefit to the player is to be able to try out, train, and play against be best players in their age group, and to further develop as soccer players.

According to the Decatur-Morgan County Convention & Visitors Bureau, this will be the event’s seventh appearance in Decatur and is expected to generate an economic impact of approximately $300K for the city of Decatur and Morgan County. Participants in previous ODP Showcases include boys’ and girls’ ODP programs from Louisiana, Mississippi, Alabama, Tennessee, Georgia, Kentucky, and Ohio.

For more information on the ODP Showcase, visit www.alabamayouthsoccer.org and click on Programs. 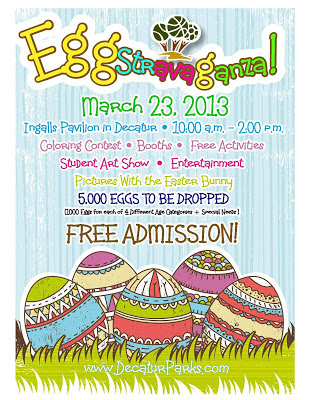 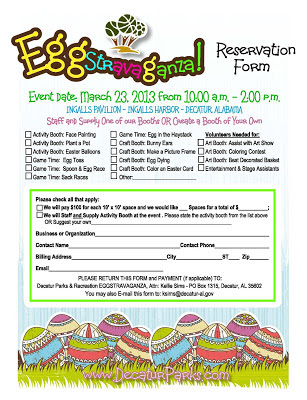 Thousands of Eggs to Fall in Decatur for First Easter Eggstravaganza 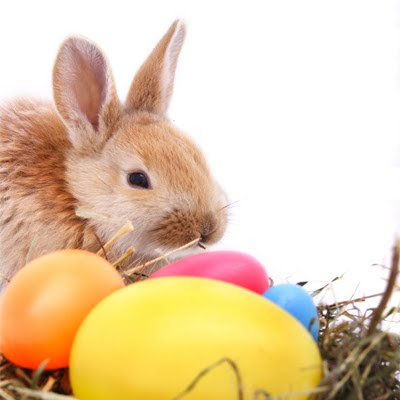 Colorful eggs will fall from the sky on Saturday, March 23, 2013 in Decatur in celebration of the Easter holiday. Hosted by Decatur Parks and Recreation, the Easter Eggstravaganza will take place at the Ingalls Harbor Pavilion from 10 a.m. to 2 p.m., and along with 5,000 eggs falling from above, there will be activity booths, contests, entertainment, and visits with the Easter Bunny.


The free event will also offer a variety of egg-citing activities including inflatables, face painting, sack races, spoon and egg races, egg toss games, making crafts, a student art show, a coloring contest, and a special appearance by the Easter Bunny who will be available for pictures. The Pepsi wagon will be there with hot dogs, chips, drinks, and popcorn.


Parents are encouraged to bring a basket or bag for their children to collect eggs and other goodies.


Ingalls Harbor Pavilion is located at 802-A Wilson Street NW in Decatur. For more information, call Decatur Parks and Recreation at 256.341.4930.
Posted by River C at 9:15 AM No comments:

Calling All Girls and Their American Girl Dolls 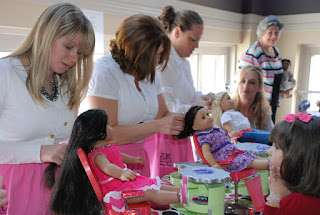 
Sponsored by Decatur-Morgan Hospital, the American Girl Fashion Show celebrates all there is to being a girl through a colorful presentation of historical and contemporary fashions. Local models will don clothing from American Girl, and historical clothing from the American Girl characters of yesterday and today including Caroline-Abbott, Marie-Grace Gardner, Cecile Rey, Rebecca Rubin, Kaya, Josefina, Montoya, Addy Walker, Kit Kittredge, Julie Albright, Molly McIntire, and their friends will be on display.


Guests are invited to bring their favorite American Girl doll to the show. A doll hair salon, a nail salon for the girls, and refreshments will be available, along with American Girl souvenirs and a chance to win a few American Girl prizes including new dolls, doll accessories, bitty-baby sets, twin sets, and more.


The Fashion Show will be held at the historic Princess Theatre located at 112 2nd Avenue NE in downtown Decatur. There are two opportunities to see the Fashion Show with the first showing scheduled at 10 a.m. followed by another one at 2 p.m. This year’s show will feature a special appearance by Miss Alabama, Anna Laura Bryan, as well as a limited seating tea party at 12 p.m. with Miss Alabama.


Tickets are $25 per person for the show only or $55 per person for the show and tea party combo and may be purchased at the Princess Theatre or online at www.princesstheatre.org. All proceeds from the event will benefit the Hand’s on Children’s Museum at the Carnegie Visual Arts Center, a partnership between the Junior League and the Carnegie Visual Arts Center.


American Girl is one of the nation’s top direct marketers, children’s publishers, and experiential retailers.  American Girl Programs is proud to partner with nonprofit organizations to present Fashion Show events to raise funds for children’s charities. As part of the company’s ongoing commitment to “celebrate girls,” American Girl Programs events have generated millions of dollars for worthwhile causes nationwide.


About the Junior League of


The Junior League of Morgan County (JLMC) is a non-profit organization of women committed to promoting voluntarism, developing the potential of women and improving the community through the effective action and leadership of trained volunteers. Established in 1949, the JLMC continues to develop projects to fill needs within the community. Some of the past projects of JLMC are the founding of PACT, HANDS Home, and many assistance grants including the Community Free Clinic and Habitat for Humanity. The Junior League of Morgan County reaches out to women of all races, religions, and national origins who demonstrate an interest in and commitment to voluntarism.


The Decatur-Morgan County Convention & Visitors Bureau is a not-for-profit organization promoting tourism and economic growth in . For information on special events and attractions in , contact the DMCCVB at 800.524.6181 or 256.350.2028; or visit its website at www.decaturcvb.org.
Posted by River C at 8:38 AM No comments: