5K Obstacle Race to Raise Money for Relay for Life 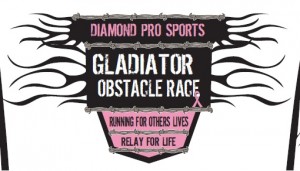 
Designed for a fierce competitor or a thrill seeking leisure runner, the race is a test of endurance, strength and resilience all in a short distance. The elevation changing 5k course is filled with rugged terrain, barbed wire, steep climbs through leaves, trees, and limbs, rope climbs, and plenty of other obstacles to satisfy the most intense athletes. A video of the course may be viewed at www.youtube.com/watch?v=eDVSl97zupU&feature=youtu.be.


Individual registration and teams of 4-8 participants are available. Cost is $45 per person. Proceeds from the race will help support Relay for Life.


The 5k Race will take place at 643 Lawrence Cove Road, Eva, Alabama, from 8 a.m. to 4 p.m. In addition to the race, there will be food concessions, an after party and entertainment.


Registration is available online at http://gladiator5k.eventbrite.com. For more information, call 256.353.7771 or visit www.diamondprosports.net/gladiator.
Posted by River C at 12:27 PM No comments: 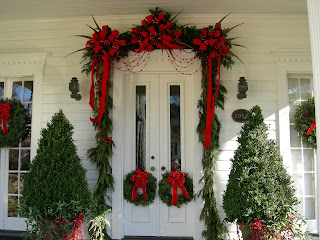 The Albany and Old Decatur Historic Districts will present their annual Historic Decatur Christmas Tour on Saturday, December 8, 2012. Nine homes - each traditionally decorated with luminaries, fruit and greenery, and thousands of lights - will be open for viewing as part of the self-guided tour from 2 to 8 p.m.  Along with the tour of homes, the annual event offers holiday decorating tips, carriage rides, refreshments, and live holiday music.


Residences in the Albany and Old Decatur Historic Districts are not normally open for public viewing except when a select number of homes open their doors during the annual holiday tour. This year’s tour features nine stunning homes. Participating homes include the Dancy-Polk House Inn, the McEntire-Bennett House, the Jervis-Ellis House, the Campbell-Grisham House, the Thomas Cottage, the Foust-Rogers House, the Gibson-Henson House, the Papenburg-Hall House, and the Mangrum-Speegle House.


Along with the self-guided tour of homes, neighborhood churches will open their doors for inspirational concerts and refreshments. At 4 p.m., the Huntsville Spiritual Choral will perform at First Presbyterian Church. First United Methodist Church will offer historic sanctuary tours and First Presbyterian and Westminster Presbyterian Churches will feature Carillion Christmas Music. At 4 p.m., St. John Episcopal Church will hold a special presentation on historic Decatur architecture by Scott Schoel, AIA, of Schoel Architecture.


Carriage rides will be offered beginning at 2 p.m. at the Carnegie Visual Arts Center or at Delano Park near the tennis courts. Cost for the carriage ride is $10 per person. Free shuttle bus service will also be available from St. John’s Episcopal Church to the tour sites. Many merchants and restaurants throughout the downtown area will also be open during the tour.


Tickets are $20 each and can be purchased in advance at the Decatur/Morgan County Convention & Visitors Bureau, Bank Street Antiques, Trish Land Designs, the Carnegie Visual Arts Center, and Jimmy Smith Jewelers. On the day of the tour, tickets can also be purchased at Trish Land Designs, Bank Street Antiques, Jimmy Smith Jewelers, and the Decatur/Morgan County Convention & Visitors Bureau from 10 a.m. to 5 p.m. and at the Old State Bank, the Carnegie Visual Arts Center, and St. John’s Episcopal Church from 2 to 7 p.m. For group sales, contact the Decatur/Morgan County Convention & Visitors Bureau at 256.350.2028. Proceeds from the tour are used to preserve, protect and enhance the character and legacy of the historic neighborhoods.


Combined, the Old Decatur and Albany Historic Districts represent one of the finest and largest collections of Victorian and earlier 20th century craftsman and bungalow homes in Alabama. The homes date back, in some instances, to the early 1800s, while most were constructed around the turn of the 20th century.


For a schedule of events and more information on the historic homes, visit www.decaturchristmastour.com.
Posted by River C at 10:31 AM No comments:

It's A Wonderful Life

Rotary Family Movie Night presents the movie IT’S A WONDERFUL LIFE” on Monday, December 3 at 7:00 p.m. at ’s Princess Theatre.  The 1946 classic stars James Stewart as George Bailey whose imminent suicide on Christmas Eve brings about the intervention of his guardian angel.  The Rotary Club of is sponsoring the FREE movie night immediately following the Downtown Christmas Parade.  Information at 256.340.1778 and princesstheatre.org. 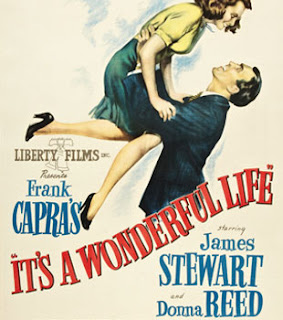 Sloan Bibb- Minding His Own Beeswax

Carnegie Visual Arts Center presents the exhibit Sloane Bibb - Minding His Own Beeswax on display November 16, 2012 - January 12, 2013. The solo show of mixed media works features new works and works from private collections rarely seen on public display. The exhibit opens at 5 PM on November 16th during the Artist’s Reception at Fri. @ 5.
Sloane Bibb is a native Alabamian and currently resides in his hometown of Decatur. Bibb is a creative director for a design firm by day and artist by night. Sloane’s grandfather, William C. Bibb, nurtured his artistic endeavors at early age and continued his support throughout Sloane’s education. Sloane started his college education at Auburn University in industrial design, but switched to fine arts to pursue a degree in graphic design. 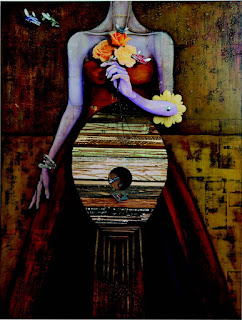 Over 1,200 Dogs to Compete for Best in Show Title in Decatur

Decatur, Ala. – Hosted by the Decatur Alabama Kennel Club and The Huntsville Kennel Club, the Cotton Cluster Dog Shows are set for November 8-11, 2012 at the Morgan County Celebration Arena. Dogs ranging from puppy to the most experienced show dog will make their way to North Alabama to compete for the coveted title of “Best in Show”.

The Cotton Cluster Dog Shows are considered one of the largest area dog shows licensed by the American Kennel Club. Last year, over 1,200 dogs from all over the United States, Canada, and Mexico entered and competed. The Sheltie Club of North Alabama and The Poodle Club of Alabama will have their Designated Specialty Shows as in previous years, and new for this year, the Dachshund Club of Alabama will hold two concurrent shows.

Shows are held daily and spectators are welcome to attend. On Saturday, the Huntsville Kennel Club will award a $2000 scholarship for Auburn University College of Veterinary Medicine to a student from northern Alabama.

A dog show such as the Cotton Cluster provides the perfect opportunity to pick your next “best friend.” Event organizers encourage anyone considering the purchase of a purebred dog to attend the Cotton Cluster Dog Shows and talk one-on-one with exhibitors about their breed. Admission is free. A small parking fee of $5 will be charged daily. The Morgan County Celebration Arena is located at 67 Horse Center Road (off Highway 67 East) in Decatur.