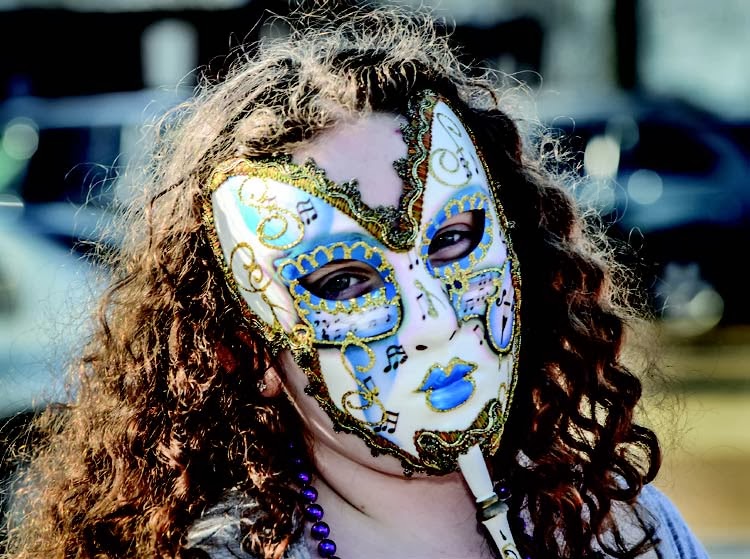 In January, the Carnegie Visual Arts Center held its Twelfth Night Dinner, in preparation for the 2014 Carnegie Carnival, a day-long event where downtown Decatur transforms into a Mardi Gras-style celebration. Set for the first Saturday in March, Carnegie Carnival fills Decatur’s historic downtown area with parades, a red beans and rice cook-off, and other family-friendly activities.

Promoting art and creativity and family fun, the third annual Carnegie Carnival returns to Decatur March 1, 2014. The event gets underway at 8 a.m. with the Mardi Gras 5K sponsored by the Junior League of Morgan County, and throughout the day, a variety of activities geared for adults and children are planned. From 10 a.m. to 2 p.m., the Carnegie Visual Arts Center will host a photography exhibit “Captions of Carnegie Carnival.” The first parade of the day, sponsored by Animal Friends Humane Society, is the Carnival Canines on Parade. Starting at 11 a.m., four-legged friends will trot through downtown Decatur beginning on 2nd Avenue at Gordon Drive and ending at Founder’s Park.

The Red Beans and Rice Cook-off is set for 11 a.m. at Casa Grande Park on 2nd Avenue with the award presentation at 4 p.m. The tasty event is open to professional and amateur Cookin’ Crewes. There will be first, second, and third place winners and the team with the most “tips” in the Tip Jar will be presented the People’s Choice award.

From noon to 4 p.m. the Kiwanis of Decatur Creation Station art area will be set up at Founders Park with free hands-on art activities for children, and on 2nd Avenue, adjacent to the Alabama Center for the Arts, a children’s play area sponsored by Morgan County CAC will provide family-friendly entertainment.

During Carnegie Carnival, downtown merchants will be open and shoppers can browse for locally made and one-of-a-kind items and participate in the Carnival Crawl. From 11 a.m. to 5 p.m., shoppers can visit merchants and collect stickers for a chance to win a prize.