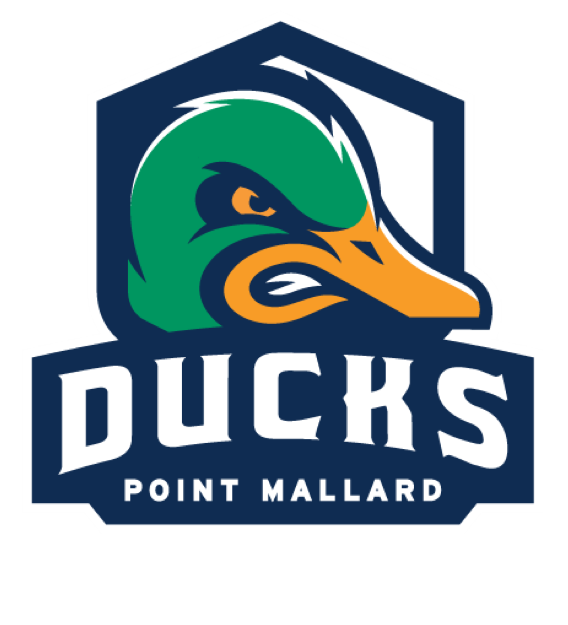 A new junior hockey team is set to hit the ice this fall in Decatur. The Point Mallard Ducks, Alabama’s first and only junior “A” hockey team, will compete in the North American 3 Hockey League (NA3HL), one of six USA Hockey-sanctioned Tier III Junior leagues. The team will play and practice in the Point Mallard Ice Complex located in the heart of Point Mallard Park in Decatur.

A member of the NA3HL South Division, the Point Mallard Ducks will be led by GM/Team President and UAHuntsville alum Ryan McCormack and Head Coach Craig Bushey. The team, owned and operated by Total Package Hockey (TPH), will play their home games out of the Point Mallard Ice Complex. TPH is one of the largest hockey service providers in the country and develops student/athletes in the game of hockey by providing them with innovative training, access to a professional and dedicated staff, while educating them on and providing them with opportunities to realize their full potential.

“Total Package Hockey is so grateful to the Decatur Parks and Recreation Department for this opportunity to partner and grow hockey in Decatur,” said TPH President and Founder Nathan Bowen. “It provides us with a platform to promote recreation and a healthy lifestyle through the game of hockey while providing outstanding entertainment for the community to enjoy at the Point Mallard Ice Complex. These young athletes will be ingrained in the Decatur community, will give back through volunteer opportunities and will represent the city with great pride as they compete for a championship.”

The Point Mallard Ice Complex is located in Point Mallard Park in Decatur. It was completed in 2001 and includes a single 200 x 85 sheet of ice. There are four locker rooms currently available and a new locker room for the Point Mallard Ducks is under construction. There is bleacher seating for 250 and seating/standing room on the glass for an additional 200.

The ice action gets underway on Saturday, September 13, 2014, with an exhibition game against the Nashville Jr. Predators. Admission is free. The home opener is scheduled for September 27th and plans are underway for family-friendly events and special themed nights. Tickets may be purchased at www.pointmallardducks.com or at the gate. Admission for any home game is $12/adult (ages 12-61), $9/child (ages 5-11), $9/senior (62+), $9/military (with ID) and free for children fours old and younger. Ten game and 20 game packages are also available for purchase.

“The Point Mallard Ducks in the NA3HL provides an opportunity for locally developed players to continue their hockey days without having to relocate. This new junior hockey team also provides the community in Decatur a fast paced high-energy game to attend. Point Mallard Ducks coach Craig Bushey is another example of UAH hockey Alumni serving as part of the community to make North Alabama a more diverse and unique place,” said Ralph Drensek, president of North Alabama Hockey Association.

The NA3HL South Division, which featured the Dallas Jr. Stars, Sugar Land Imperials and Topeka Capitals in 2013-14 has been expanded to six teams for the 2014-15 campaign with the addition of the Point Mallard Ducks, the Nashville Junior Predators and the Texas Brahmas.

The North American 3 Hockey League (NA3HL), comprised of 31 teams, is divided into five divisions – Central, East, Frontier, South, and West) for the 2014-15 season. The South Division teams will compete in a 48-game regular season schedule and will take part in the NA3HL Showcase, the NA3HL Top Prospects Tournament and the NA3HL Silver Cup Championship Tournament with the other four divisions.

For more information, contact the Ducks office at the Point Mallard Ice Complex at 256.341.4913 or by email at ducks@totalpackagehockey.com. Additional information may be obtained from their website at www.pointmallardducks.com or Facebook page at www.facebook.com/pointmallardducks or on Twitter at twitter.com/PM_Ducks.