Gone Country at the River!

Doubleshot  to Perform at 7-16-12 Concerts by the River 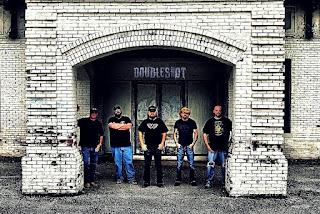 The 2012 Paul Stroud Concerts by the River series, sponsored by the City of Decatur Parks and Recreation Department, has “Gone Country!”  On Monday, July 16, 2012, Doubleshot will have you dancing and singing along to a rocking country beat!  Concerts are open to the public and are held at Rhodes Ferry Park, with music beginning at 6:00 PM and usually concluding by 8:00 PM.  For updated schedule information, please call 256-341-4818 or visit www.decaturparks.com/account.php?accountid=70.    In case of inclement weather, cancellation decisions will be announced after 4:00 and are posted on the Decatur, Alabama and Decatur Parks and Recreation Department FACEBOOK pages.  The information is also posted on the DPR website.


Doubleshot   performs outlaw country and southern rock favorites, with influences from artists such as Jamey Johnson, Merle Haggard and Lynyrd Skynrd.   The band has quickly risen to become one of the more popular bands at area clubs and festivals.  The band has performed at events such as the Courtland Air Show, Relay for Life and has served as the opening act at Bogs and Boulders.  The band is fronted by Steve Owen, a Decatur Parks and Recreation Department employee who many concert-goers will recognize as Concerts by the River’s lead sound engineer for the past 8 seasons.  A gifted vocalist, Owen was inspired to start a band in 2010, with Double Shot being the result.  In addition to Steve Owen, other band members include Ryan Miller, Ryan Issler, David “Gilby” Gilbert and dan Durham.  Find out more information about Doubleshot on their Facebook page.
Posted by River C at 9:23 AM